Panthers in the Shawnee? 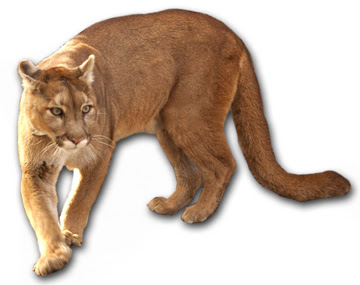 Brian DeNeal of the Daily Register in Harrisburg has a good story today about an Alaskan backpacker who just finished the River-to-River Trail across the region.

What struck me was the following:

Approaching Giant City State Park, the two took some time to look at names in Antioch Cemetery. They walked a few miles more before they camped for what became a spooky night.

"We heard the most sounds and calls we can't explain. We thought, 'That definitely sounds like a child crying,'" Hage said.

"In Alaska at night you are going to hear an owl or a wolf, but never multiple owls."

The "sounds like a child crying" reminded me of another story.

Full of life, the girl went skipping and hopping along the path through the forest. It was near the close of a serene day in autumn time, and all nature seemed calm and peaceful. There was nothing in the surroundings to suggest danger, even if the sun was getting low.

But hark! What was that? It sounded just like a baby crying! For a wailing sound had reached the girl's ear. She paused. Again came the sound, seemingly from a clump of brush near the path. She went to investigate, but on reaching the spot, the sound was deeper in the forest. Thus was the panther luring the girl to her death by its human-like cry. Again, she followed the sound, unaware of the awful doom awaiting her.

She peered here and there through the underbrush, but no one was there. Then suddenly there was a savage growl in the branches of a nearby tree. Looking upward, the girl was terror-stricken to see a large cat-like creature crouched on a low limb, ready to spring. Its teeth bared, its fierce eyes ablaze, its ears laid back, and the end of its tail weaving to and fro.

Will W. Husband wrote about this panther attack in his 1943 book Old Brownsville Days now available in Murphysboro from the Jackson County Historical Society. Husband's grandfather had served in the search and rescue party that went looking for the young girl.

Of course, the possibility of the crying sounds coming from a panther or cougar should be surprising since the backpackers had just traveled through the Panther's Den and Crab Orchard National Wilderness Areas.

When I mentioned DeNeal's story to my uncle tonight he recalled two other panther sightings in the eastern part of Williamson County in what used to be called Rock Creek Precinct (now the eastern two-thirds of Crab Orchard Township).

The first sighting was one he remembered his grandmother Abbie (Harris) Angel recalling. She told him her family heard an awful screaming one day. When the family went outside to see what it was, they saw a panther on top of the chicken coop. Either during that incident or another time, at the sound of a panther scream, the horses ran out of the lot and into the barn.

My great-grandmother was born in 1893 so that would put the story around the turn of the 20th Century.

The second sighting my uncle dated to 25 or 30 years ago (1975-1980). He was taking up corn in a field south of what's now Old Route 13 about a mile or two south of Jourdan's Curve when he saw a panther run across the cornstalks in front of his combine. He later saw the cat's prints around a deer carcass he had noticed that had been drug for about 150 feet from where he first saw the dead deer.
Posted by Jon Musgrave at 9:45 PM

There are mountain lions. They are active near Little Grassy.