Wolves and Coyotes and Deer, Oh My! 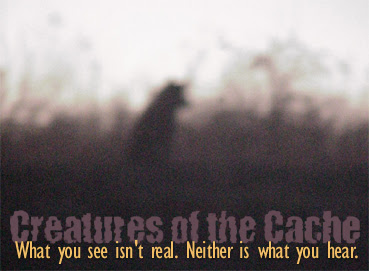 Lonny Stark writes for this week's Rock River Times in Rockford about coyotes, Illinois largest natural predator (or at least the largest the wildlife biologists at DNR are willing to admit).

It's an interesting take on the difference between coyotes, coy-dogs and wolves.

In the Boy of Battle Ford, William S. Blackman recalled a wolf attack on his family's farm in the southern part of Saline County about 1846 when he was six years old.

The animal most hated by man and beast was the wolf. His tribe encompassed hill and valley, wood and field — anywhere, everywhere. He could howl as a single wolf or as half a dozen wolves at once, just as he pleased. He caught domestic fowls and small animals and sometimes chased the dogs to their homes for protection.

I can remember well an experience of that kind which was very unpleasant to me. In some way the few sheep owned by my mother were not penned that night. An hour after dark the wolves found them at the farthest part of the little field, where they had chosen to camp, 150 yards away, and the cunning wolves hemmed them there and selected the largest lamb in the flock. The remained ran for dear life towards the house. The dogs met them, but passed rapidly on till near the wolves. But on meeting an army of wolves, the dogs did well to get back. They did not stop till they went round the house and saw the wolves running back to the dead lambs. The dogs bravely ran to them again, to be turned homeward as suddenly as they went. The wolves, being hungry, were not willing to forego so rich a repast as the lamb furnished them, and the dogs were not in the habit of vacating their own premises at the will of intruders and robbers. Only the great outnumbering of the dogs caused them to retreat rather than to fight to the death. The wolves came within ten yards of the dwelling each time and ran back again till the lamb was devoured, and then they went away. The next morning we ventured to the place where the killing was done, but there was not a bone to be found nor scarcely a lock of wool.

During the races between the wild dogs and the tame dogs, as our family had no gun, no one would venture to even open the door, much less go out and aid the home guards. And as for me, my head was covered from the beginning of the fray till quiet reigned again. In continuing my head under cover, ostrich-like, for safety, I suffered much for want of breathing air; but I feared to uncover my head with that awful contest raging so near our door. Such a running and jumping and clawing and scratching and grunting and whining and yelping and snapping as greeted our ears that night was well calculated to give a little six-year-old boy a fright to remember.

Stark notes that wolves were eliminated in the state, or at least northern Illinois, by the 1860s.

Down here, they were hunted. As the wolf population grew, counties raised bounties of a dollar per hide. In Williamson County several men became professional wolf hunters. Milo Erwin, whose father platted Crab Orchard, wrote about the last of the frontiersmen who continued to hunt for the county.

They had dogs trained to jump the wolf and then run backward, the wolf following to where the hunter lay concealed.

The best of the hunters could average 15 wolves a day.

In storms, the ravens were seen winging their way to cover; the bench-legged coyote quickly trotted to his hole; the piercing cry of the wolf was born upon the winds, but the fearless hunter was not disturbed, for then he was sure of game.

Sometimes the breathless stillness of the forest would be broke by the crack of a rifle, and hundreds of wolves would hold their midnight carnival over the remains of one of these noble animals.

Rich Miller took a break from political coverage in his Capitol Fax blog to post some date from DNR's news release about deer-car collisions.

In 2004 there were 23,438 deer-vehicle accidents reported in the state, down 9% from 25,660 the year before, according to preliminary statistics compiled by the Illinois Department of Transportation. [emphasis added]

Miller commented, "That's an unreal amount of accidents. I had no idea."

It's also why DNR dropped plans to even study the reintroduction of elk in Southern Illinois about a decade ago.

Most people forget that deer had been all but wiped out of the state.

... deer were here in large droves as late as 1848, and even yet are some wandering ones found. In an early day they were seen in great gangs, feeding on the rich adn verdant herbage that carpeted our emerald meadows.

The state re-introduced deer back in the early 20th Century and accounts from the 1930s and 40s from the Shawnee Hills sound as quaint as a car from that era. Numbers of the deer in the eastern Shawnee National Forest were under 100.

Today, there's probably that many deer-car collisions each year in Pope County alone.

Somewhat surprisingly even though it's the most populated county in the state, Cook County tops the list of deer-car collisions. DNR has the news release available on their site.
Posted by Jon Musgrave at 10:57 PM